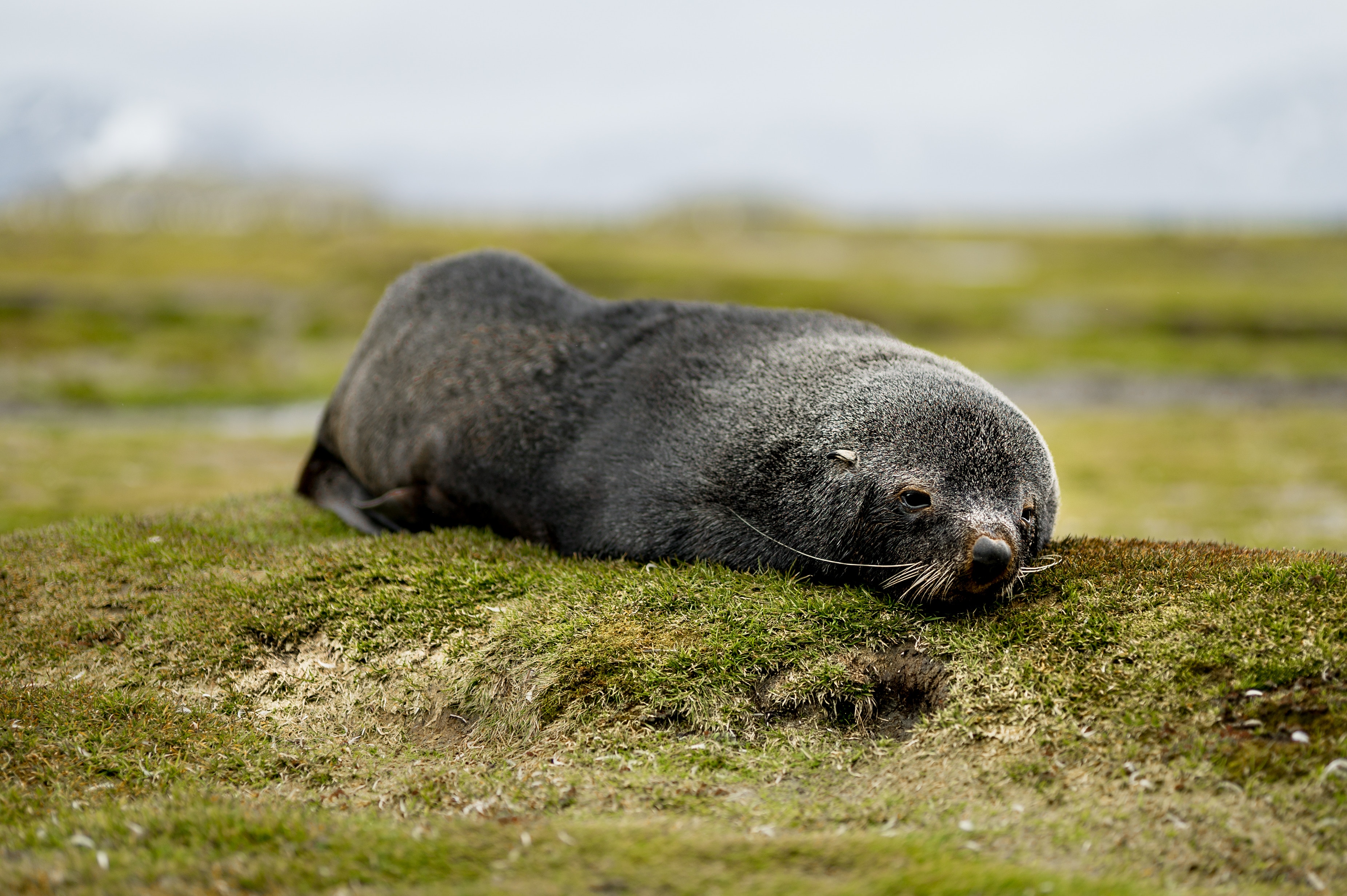 So this is me trying to test myself, to be sure I am still fine, to be sure that I still have this thing called the writing skill. Well, I think I do – at least, I have been able to write a number of words in the last few seconds. I think that’s a good start. If this turns out to be a good one, I will read through and send it to Flower and if she can, she will go through it, add some eyelashes and remove too much lip gloss. And then she will mail it back to me and I will put it up here when I find a good picture to it. What? Why can’t she just put it up herself after the edit? Two things: I want to be able to reread even after Flower has edited (though I end up not doing this most times. There is something about reading my own stories that gives me pimples.) The second reason why she is not putting it up here is that she is still learning. Or maybe not. Give her time. Give me time.

I have no idea what I am going to write about. That is why I have written two hundred words about nothing in particular. That is a great deal. Trust me, I deserve some accolades. And that is also giving me hope. I mean if I can write two hundred words already while I am still thinking about what to write, I think that means this is going to end well. By well, I mean me writing something that I am proud of and sending that something to the Flower for her to make it up. If that happens, then that means you get to read, drop comments and then we move on. And boom! Three hundred words already. Isn’t that lovely? The aim is two thousand words actually. Let’s see where this goes.

Can I just state that so far, I have written 419 words. Scary right? I know. And also, I have not saved this document. I do this a lot. I mean, I start writing and I don’t save the file until I am sure I have written something tangible, something worth saving, something I know is worth coming back later to check. I don’t think this is good yet so I am not going to save it just yet. But then, it is only a matter of time I think. I mean I am not being super optimistic or anything but if I end up with something good, I will save it, I guess I should know that when I reach one thousand words. So far, we are a little bit above five hundred words.

I was talking about how fast I type or how fast I think I type, depending on who is reading this. If you put my laptop in front of me and tell me to write a thousand words in the shortest time possible, it will take me thirty minutes. If my village people are sleeping and the sun shines on me, I will do it in twenty-eight minutes. But then, let it be noted that there are some conditions that must be met before this level of efficiency can be achieved. They are not hard to meet, trust me. First is, music. Really, I cannot do without good music. And by good music, I mean so many things. I listen to what one of my friends call burial songs. Don’t mind him. The songs are slow soulful songs that penetrate the mind and rent it apart. And that is what I listen to when I am writing about, say love or death or heartbreak or something soulful. But when I am writing about something happy or something fast, say a journey or something, I listen to something fast, extremely fast if you have one. It’s why I love Bastille by Pompeii and Little Talks by… and Andy Grammer Don’t Give Up On Me and Avicii’s Wake Me Up and then Simply Three…everything by those cool folks. But then since this post is not about music or my music life, then I guess we are not going to delve deep into what I listen to. But just know that good music is a condition that must be met if I am going to write a masterpiece of a thousand words in thirty minutes. If not, I can use a month to write a thousand words. Trust me, I have done it before.

Can I just say that we are currently on eight-hundred and sixty-eight words? Okay, we move on. The second condition that must be met is silence and serenity. Right now as I speak and type this, my roommates are busy. And the room is quiet. One of them has his ears blocked by my earpiece (since I am using his headphones…and did I mention that is also a condition?) and he is working so he does not have time for chit chat.

Side note: he just called me now to inform me that one of our friends, Nehe, is already doing his defence. What did you expect, I ask? I mean, Nehe is in Covenant University and we got admission at the same time o.

My second roommate is busy checking the insides of his laptop. He just discovered that there are bedbugs living inside his laptop. Can you imagine that? It’s so romantic.

You look lovely and bloody

I want to take you on a date. What do you think?

I have reservations for two in the  HP Pavillion 15. Floor 2. Room Number 6, just under the keyboard, close to the vent. What do you think?

Thanks, female bedbug. You are so sweet.

Imagine such annoying conversations going on while you are typing on your laptop. You are typing but some creatures are busy making noise underneath your fingertips and procreating, literally building an empire in your system? What nonsense? So my roommate is out to chase out the illegal occupants in his laptop. As for me, I don’t exactly know if there are any occupants down here. Maybe there are, maybe not. I say, live and let’s live. Let the kite perch and let the eagle perch too. Whoever says no to the other, let his wings break. Well, those bedbugs are about to see their wings break.

So thanks to the bedbugs and the other factors, my room is quiet which means I can think and write something.

If there is any last condition that must be met before I can write, it is that there must be something to write about. I mean there has to be a goal, a purpose, a message to pass across, no? Well, maybe not. For example, right now, I am just typing away and I have no idea what I want to write. And see, we are already eight hundred shy of two thousand words. Progress, yeah?

Two things are keeping me going right now. Okay, maybe three or four or five I don’t know anymore. One is that I am feeling sleepy and I have to finish this before is sleep. By finish, I mean I have to reach two thousand words before I can stop. And that is keeping me going. Also, I am watching music videos on YouTube and the Tube is suggesting some really old songs to me, old songs that I used to listen to when I was still sharing one phone with my three sisters. It was a Multilinks phone (There are some folks here who do not know what Multilinks is. The kids born into Gmail and Snapchat. Kids who don’t know how to spell ‘koboko’, who never sat with their siblings by the radio waiting for the radio presenters to go for a break so they can play the latest song out there. That was before there was such thing as mp3 player. The thing that came close, Nokia Xpressmusic was expensive, very. Anyway that is a story for another day.

Or maybe not. During the days of Nokia Xpress Music: our landlady had a maid then. Her name was Martha. She was from Benin. Martha had Nokia Xpressmusic and she would always play music on it. She would sit behind the house washing clothes from morn to noon every Saturday and while at it, she would play music. She would play You Bad, Wande Coal, Psquare, Koni Koni Love,  and all the other songs that were the hits then. I always looked forward to Martha’s music coming out of her loud Nokia Xpressmusic every Saturday. If I missed it, it meant I would have to stick to the radio to listen to music for the next seven days. And I was a creative, I had to survive on music. There were other reasons why I looked forward to Martha but then, today is not the day. And here is not the place, especially not under the nonfiction category that is definitely going to be because so far everything here is true.

Now I have run out of ideas. I don’t know what else to write about. There are two things coming to my mind. Two girls actually. One of them is sick and is in the hospital. The other is a doctor. The irony. Well, that’s not entirely true. The other is not a doctor yet. She still has four more years of study to do. She does not like hearing this but then the truth is the truth; by the time I have my first child, my doctor friend will just be wrapping up her study. Imagine! I mean I could do it but then I wouldn’t because we are waiting for a treasure and she is still forming, still building up, still cooking. Time is of essence. So there is no hurry dear doctor friend. I will wait for you. When you come out of college, I will still be unmarried. Of course, there will be a lady. We are talking about four years from now. There will be a lady but I will wait for you to be a doctor before I say my vows. And because I have so many doctor friends that read my blog, I think it is good that I make it clear which of them I am talking about here. I am talking about the one who does not believe that a girl can ask a boy out and doesn’t want to marry from another tribe and does not want to marry Asians because their men look like…

I don’t know why I am thinking about this my doctor friend and my patient friend but it does not matter. It does not matter because finally, we have achieved our goal. We have finally hit two thousand words. Somebody shout halleluyah! Louder! Louder!

Now, I can go and sleep and when I wake, I am going to clean up, wear a white shirt and navy blue trousers with a tie to match. And then I am going to wear brown shoes and go out. I have a place to be. But before then, let me relax, sleep, keep listening to this old Klever Jay jam and then save this document as Nokia Xpressmusic.

Next time, we will talk about something reasonable. Forgive me this one time. Sawa?

EDIT: Flower did not edit this. I published immediately. And I did not get to sleep.