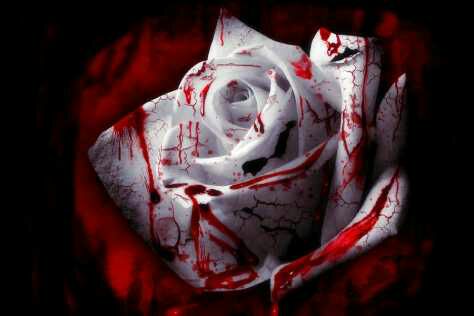 As a child, I always dreamed of my future husband. I think it would be fair if I told you that I suffered from sleeplessness when I was small. I found it hard to sleep during the night and so as to make myself dizzy, I had to think of something sweet or imagine it and dwell on this fantasy until sleep came for me. During these days of sleeplessness, I always thought of my future husband. I would imagine him in his black suit and purple tie or golden or something and beautiful black shiny shoes. He’ll come to church in an autonomous car and we both will sit side by side and say, ‘I do’ and then kiss. After that, I would gather my snow white wedding gown which had been brought to me from USA and we would walk out together, hand in hand. That day, I would wear white all through out. To eof, to dance with my new husband, to kiss him, to hug him in his black suit, to take pictures; and still my white would remain white… in my dream.

I loved white. I loved white socks. One of the things I could hardly let go of when I got to the university was white socks. It was strange and unbelievable to me that I no longer needed to wear them and that if I did now, people would think I was running mad, however white my socks were. It was strange and the strangeness of it reminded me of other strange events, like the one I had when I was in secondary school. My socks were always white back then. Sometimes, I would wear two or three socks on just one foot so as to make it super white. Now I only wear coloured socks . I wear yellow. I wear blue. I wear pink. I wear something close to the rainbow but never white. And also, I wear RED.

While I was small, I always told my parents I wanted to be a teacher. I told them that putting white chalk on blackboard was the only thing that would give me joy. And I can remember the fear that graced their faces whenever I talked about this childhood dream. They saw my dream as the dream of a future pauper. They wanted to me to wear white, not hold white. They wanted me to be a nurse, to wear a white fitted gown and decorate breast pockets with colourful pens. Father also wanted me to wear white. He wanted me to be a doctor. All I wanted to do was hold white but they did not understand. They never understood until we saw Red on White.
IV.
It happened on Sunday. Father Benedict always wore white and encouraged us all to do the same. White, he said, was the heavenly colour, the divine colour and since our home is above, we should start living like it from now. My brother, Ugwu believed in Father Benedict. He too always wore white. On that day, I did not wear white. I wore a blue trousers and a white camisole with a black jacket on top and a black shoe. I was expecting my brother to wear white and so when I got to church, I looked around for him. I did not find him. I searched again. Still could not see Ugwu. I knew my brother was in church. I was always the last to leave home every Sunday. The first to leave was Ugwu. Even before I woke up, he would have gone. Then mother and father would leave one hour before the Mass started. That was when I was just waking up. Like this Sunday, there were Sundays when I would wake up and meet the house empty. When I woke up this morning, I met the house empty and I knew that was because I was late.

I was beginning to think differently now.

I searched now for my mother and father at their usual pew. They were absent. The first thing that came to my mind was rapture. So it was real? But then, before I could give it a thought, Father Benedict climbed the altar and my fear was calmed. Whatever rapture that happened and left Father was fake.

I picked up my blue bag and dashed out of the church. I was dialing Mother’s number as I walked When she picked, it was her tears that I heard before her voice. I did not need Father Benedict to tell me something was wrong.

‘Mother, what is it? Where are you mother?’

I got no answer. Only tears and screams. I knee the devil had finally come for us. As I dialed her number again, I saw dusk come down at noon and I shivered as the sun turned black. It was completely dark. I felt like an ant in a black sock. It was father that picked this time around. His voice was unusually calm.

Immediately he said ‘Dalolu’, I knew things had gone out of hand. Our family hospital was at Ikodiji. The hospital at Dalolu was the State Hospital. Only severe cases that small hospitals could not handle were taken to Dalolu. And for  Ikodiji to not be able to handle my brother’s case, I knew death was upon us all.
V.

The hospital was painted white. It was the real white…the one that came with new socks and not the one from the BK market. I saw Father in the waiting room, pacing to and fro like a caged tiger. Mother was not here.

‘Father,’ I called immediately I was close enough. He spun mechanically and rushed to me. He held my shoulders tight and opened his mouth. Nothing came out. His hands were shaking. His wide-opened mouth was shaking. The whole of him was shaking. And tears were streaming down. He held on to me as though I was his last treasure.

I did not need a soothsayer to tell me that what he meant was 406 and not 4406. And so I rushed to the nearest nurse and asked for directions. The room she took me to was labelled 406 and it was coloured black.

Ugwu was covered in white. But not the real white. His white was covered in red as though, it had been baptised in the red sea. Tears streamed down my face. Mother was sitting on the floor in the corner of the room looking dejected, all happiness gone from her. The nurse in the room was cleaning up the room.

I moved to Ugwu’s bed and knelt beside it.

He was still. He was gone.
VI.

Father Benedict wore white the day Ugwu went six feets deep. We all wore black. Gloom and despair was upon us all. There was no smile, no laughter, no grin, not even a little curving of the lips. We all looked on and listened to Father Benedict as he spoke.

“Do you know why we cover our dead in white? Because they are now in white. Ugwu was a good boy who shared his dreams of being a priest to me at a tender age. But our Lord wanted him for a better work above. He’s gone now. And he is in white.”

Ugwu was in white. No, not in heaven. In his casket, he was in his white Catholic robe. White wool was in his nostrils. Everything was white.

Slowly, he was lowered into his grave and we poured brown on white. That was when it dawned on us all that he was actually gone. It became clear to us that that was the last time we were going to see him. Mother screamed and cried and yelled. Father was shaking with grief. Nosa stood beside him, holding his hands with sweaty hands. Father was muttering something inaudible. Or perhaps it was just his lips shaking.

It was over now. I watched as Father Benedict poured the last brown and the grave diggers began to cover up. When they were done, Father Benedict spoke and said again that Ugwu was now in Heaven, in white.

Toluwalope, when I say I know how you feel, this is what I mean. I know Philip meant a lot to you. He was your other half. He was your life, your heart. But now, he’s gone. Just like Ugwu, he’s gone.

I’m so sorry, Tolu. I wish I had ropes that could hold death back but I didn’t and I still don’t. Now, everyday, I look unto the mirror and I see Ugwu in white. I console myself with Father Benedict’s words. I wanna urge you to do the same with Philip. It’s hard, sweetheart. It’s tough. But please do it. Close your eyes and open them to your Philip in white.

I’m sorry, Tolu. Please, forgive yourself and move on. Move on, Tolu. Move on.