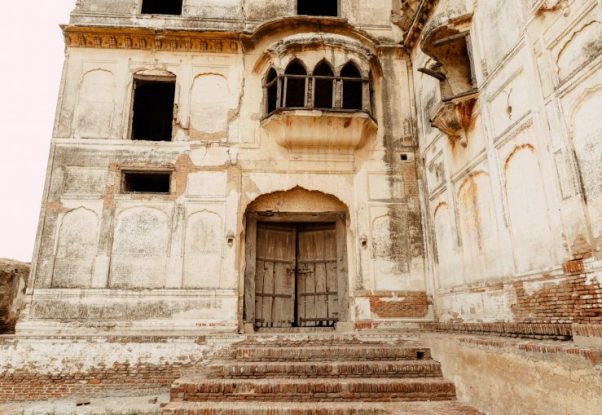 The doors in Illidongtin castle were enormous and noisy. They were made of oak, fine oak that had been gotten from the forests in Africa; African oak. The king had made sure of that the moment he ascended. It did not matter to him that his brother just died and the whole palace was in a mourning state. He arranged for the tree to be brought to Illidongtin and decided that he would see it before they turned it into wood.

You see, the king, before he became king, had been a hunter in his youthful days, when time was still within the grasp of his hands and when his eyes had not yet dimmed. But then, as he grew older, it became more of a weary task than a fun thing, the hunting. But the man (he was simply a man then, not yet a king), given the kind of man that he was, refused to stop hunting. Until he had killed someone.

It was a windy and misty evening and he had not hunted in four months due to an illness that had taken root in his spine. The doctors had come from the capital to warn him that any more hunting or serious work would only send him to an early grave. The king had, of course, argued that hunting was not a serious work and that the only person doing the serious work was his brother “in Illidongtin deciding state matters while I await my early death here in Chestville,” he had said. The doctor had, of course, shut his mouth and taken his leave in humility.

But then, the man was obedient, at least for a while. He did not hunt for four months. Four months during which many other pleasures were brought to his desk and bed, all which he utterly rejected and cursed those who had suggested it. One of these many pleasures was sex. Women of various shapes, colors, sizes, degrees, variance, emotions, faculties and abilities had been shipped into the country by those who claimed to have his good intention at heart. He found it disgusting and regarded it as an insult. Were they saying he could not hold his prick in one place now that he was a widower? Of course, it is worth noting that he did not become a widower now. He had been a widower for more than ten years now and if anyone had gotten over the death at all, it was him. He did not even for once mourn the death of his wife, whom most of the workers in the castle regarded as the only one with a heart in the royal family that lived in the castle. He, however, did not care much for the words of men. But he did not do anything to defile his late wife’s name or beliefs. He did not take another wife, at least not yet. He was not found in brothels whoring prostitutes, neither did any of the female workers in the castle ever complain of him making any advances to them.

It was therefore totally outrageous to him that just after staying in bed and not hunting for four months, his well-wishers had already thought that he had lost all sense of sanctity and could no longer hold on. Well, he disappointed them by rejecting the foreign prostitutes and made every man that had any hand in the plot pay a fine as a show of apology. The men regretted ever thinking of trying to make the man happy. It was after then that the man killed another man.

After four months of no hunting and ten years of no sex, the man got out of his room one day and asked that his shotgun be made ready. That day, he stepped out into the misty evening and went into the wild. It was obvious to everyone that the man was not ready to hunt but then, who would dare open their mouth? The only person who could ever do that was away in Chestville, ruling; his brother, the king. Hence, the man went out and while aiming at what he thought to be a deer, he shot a man bending over in his farm. It was a most unfortunate incident, for the deceased’s family and also for the man who pulled the trigger. Since that day, he stopped hunting totally and threw away all his guns. He took to reading and would spend weeks in his room without stepping out. The only person who saw him was his maid, Catherina, who served his breakfast, lunch, and dinner.

You see, Catherina was not just a maid. Catherina was the only one in the whole castle who seemed to understand the man. She was a young girl, only thirty but she had no husband. A total shame to her family who had strategically placed her in the castle so she could catch the fancy of some member of the royal family. How wrong they were. Now, no member of the royal family still lived in the castle of Chestville, only the widower. The others had moved to Illidongtin, the royal palace the moment the widower became too much to handle. There and there, Catherina’s parents’ plan failed woefully and when they tried to arrange for a transfer to the royal palace, the young lady refused and stayed at Chestville instead. She had grown fond of the castle and in an inexplicable way, had grown fond of the widower. She did not know if it was out of pity or passion or something else. But whatever it was, it was surely close to love, affection or something like it.

The widower had also found Catherina pleasant. There were days when he would ask her what the weather was like outside and if it had rained the day before. Of course, these were mere questions but coming from a man who after he had killed another had not stepped out of his room, it meant much.

And so it was that when the king died and the message arrived from Illidongtin that the widower was to ascend the throne since the deceased king had no offspring, the workers at Chestville were afraid of passing the message to the widower who had just lost not just a king but also a brother. They all agreed that Catherina should be the one to go.

She did. She made her ways through the two hundred and seventy-six steps of Chestville to the room of the man and without knocking, opened the gold-plated doors to find the man sitting at his table, a giant book opened before him. Without hesitation, the maid walked to him and stood before him.

“There is a message from Illidongtin Palace.”

Without taking his eyes off his giant book, he asked, “Is it good or bad?”

“Well, no time to whimper then. Give it to me.”

“It is about your brother, sir, the king…well, the late king now sir. He is dead.”

There was silence and for a moment, Catherina must have thought she heard a whimper. But when the man spoke, it was with a clear voice and high pitch.

“I am reading this book written in 1213 by this king who lived in some far part of Africa. 1213, that was before Marco Polo. Do you know what his advice to every leader was?”

Catherina assumed this to be rhetoric but when the man did not answer for himself, she answered and said, “I do not know, sir.”

“That was his advice: do not love.”

“Sir, the message from the palace sir, it says…”

“I know what it says, Catherina. It says that my brother is dead and that since he was an impotent imp, I have to come and rule the kingdom. Is that not what it says?”

The maid swallowed. Two things shocked her. First was that the man had called her by name. In all her years of service in the castle, he had never done that. And the second was that he did not seem like he was sorry that his brother had just died.

“Do you know what will happen if I go to Illidongtin and take the crown and become king and then die in a few days? Do you know what will happen when I die as king without an heir? The whole kingdom would be thrown into a power tussle and my uncle and aunts and cousins and nephews and nieces and all the people who in one way or the other have a pint of royalty in their blood will come with swords and hack each other’s head off until the kingdom is nothing but a field of blood in the hands of a few tyrants who know how to sharpen their swords well. That is what will happen.”

There was a pause and then he said, “Do we want that to happen?”

“What shall we do to prevent it then?”

There, her name again.

“Er…not take the throne at all?”

“Why, so we can bring forward the bloodbath? How about we get a wife instead?” the man said and this time around with a knowing smile on his face and his eyes off the book. He was looking into Catherina’s eyes now.

“Good, then, Catherina. Have them prepare the carriage. We are going to Illidongtin.”

“No, yes…I mean I want to but…really? You haven’t spoken to me in years?”

“Well, you haven’t spoken to me too so I guess we were both observing each other.”

“Well…” A small smile was stretching on her face from nowhere.

“Let us waste no time, dear. We will discuss the intricacies on our way.”

“Very well, sir,” she said and bowed and made for the door. As she stood there and looked back at him, he smiled a little and whispered with scorn, “Advice to leaders…do not love…such nuttiness!”

She smiled back at him and disappeared out of the room.

All these were before he became the king and the husband of Catherina. The moment he became king and husband once again, he set things in order both in his life and the kingdom and made sure that the doors were changed. “Fine oak,” he had said. “Not this shameful thing you call wood. Get the African oak”

Beside him stood Queen Catherina, a permanent smile etched on her face and in her stomach, a growing baby. They would call him Aladiana. When asked what it meant, the king would smile and say, “The one to stop the bloodbath.”

Into The Wild – Final Episode

14 thoughts on “The Man, The Hunter, The Widower, and The King.”