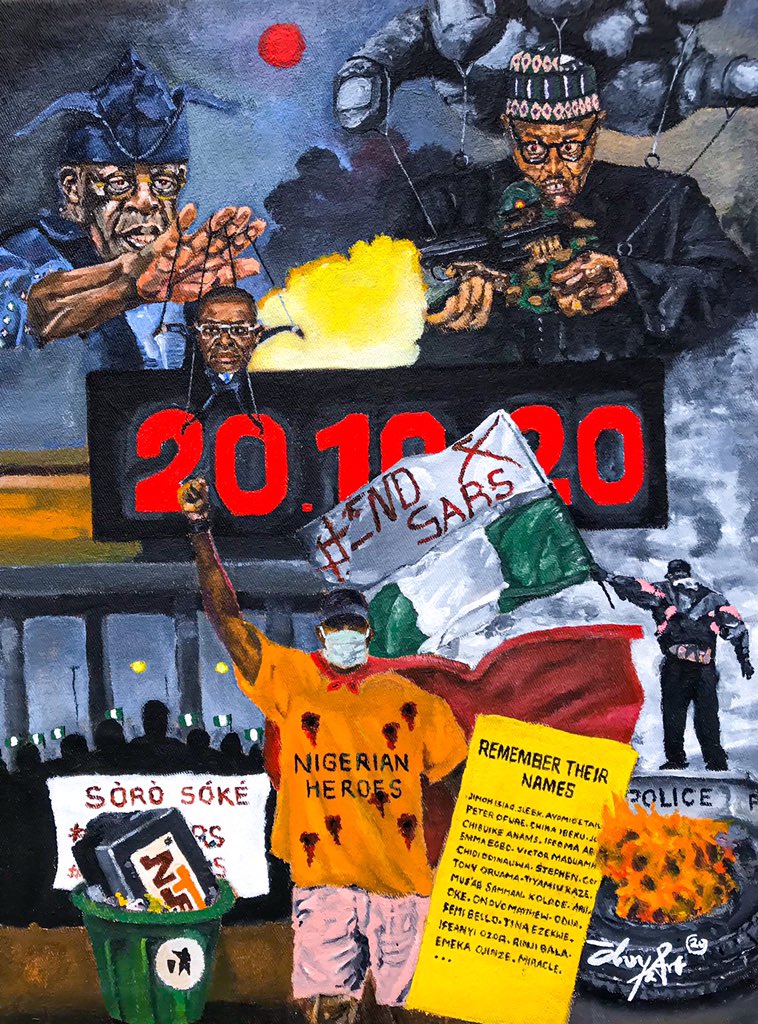 But I Wake Up In the Space Between Dawn and Morning…

Ike, I am looking for you in the midst of lost items. I am looking for what is not lost. I am looking for dead souls among the living. I can’t find life in the center of iniquity. Look at me and tell me there is still hope. Because I am dying to end it all and it seems that hell keeps calling me while heaven tells me to please wait, you have gone to prepare a place for me.

In the middle of the night, the space between the parting for the dawn and the gaining of the sun, I am looking for the sun to shine. They say I have to wait till morning or noon. But how can I wait when it has been three days and you are still not home? How can I wait when the dragons came down and sprayed us? Can you remember what happened to the survivors of Hiroshima? How they wished they did not survive? Because what is survival without those with whom you’d like to survive with? What is survival with these empty souls who call everyday, saying they are from this news agency and that news blog and they want to record what you have to say about your lost one? How they pretend as if it’s not about the money? How they pretend as if it doesn’t matter to their pockets whether I want to talk or not? How they say they are documenting this for posterity? And how they lie.

On the day the devil spoke, he said he is the head of state. He said he is the Commander- In- Chief of the Armed Forces. He said he is the man in charge and that he is not gentle. He said the fact that he hasn’t brought in the full force of the Nigerian military which he headed in 1983 doesn’t mean he won’t one day. Stay at home. Don’t step out.

Look at you. Look at you and your posterity! Shame on you! In 1970, Gowon spoke on air and said No Victor No Vanquished. He said There will be Reconciliation, Rehabilitation and Reconstruction. And that was what the world believed. That was what posterity believed. And it took Adichie and Achebe decades to tell us the truth of how the three Rs of Gowon was a sham. How there was a Victor and a Vanquished. How there were millions of Igbos who tasted the depth of the earth. Millions who went to meet their ancestors too early. Imagine knocking on the door of heaven and them sending you back because you are not supposed to be here yet. And they tell you to go back but you tell them you cannot. Because home is the mouth of the shark. Home is the depth of the ocean. Home is the depth of the ocean. Home is Hades. How can you dine with the devil and call it home?

Like how Gowon did not talk about the millions of Igbos who returned to their homes in Lagos, in the one Nigeria and found Mrs. Adebayo living in their house and threatening to call the police on them for invading their own house. But then, how can you blame them? Imagine living in a house for three years and all of a sudden, Odenigbo comes and say they belong to him? Where have you been for three years? Tell me. Where have you been? How do you tell them you’ve been trying to escape a country Lord Lugard created after calculating the weights of gold and silver? How do you tell them you were trying to escape home?

Like how Gowon did not mention the millions of Igbos who could not continue their education for another two years. Because loss and grief are twins that can never visit you and leave you the same. How millions of Igbos did not know how to return home. Because home was Lagos. And home was Jos. But how can you return home now that you look back and all you see are the heads of your brothers and sisters mounted on a stake with the inscription of “Long Live the Union Called Nigeria”

How can I sit here crying and remember Jimoh when you say nothing happened? How about Ogbomoso? Did something happen there? Did Isiaq die? Or did we photoshop that too?

How will you pack the room of a lost brother? How do you clean the room of Jimoh Isiaq? How do you tell the little one at home that Brother Oke is now happy in heaven, while his sprit still roams Asorock and Lekki looking for his body? Looking for justice? How do you clean after breakfast when you know a seat is empty? Chijokehas now become the silent guest at every meal.

And then you sleep and in your dreams, a ghost appears and takes a seat. And you smile and welcome him back. He apologizes for being away for so long. For pulling such a huge prank on you. He is sorry. Please forgive him. You hug him and tell him you understand. That you were afraid they had taken him. And now you are happy he is still alive. He smiles and smiles. And then you reach out to touch his hair and he fades into the air. You wake up to the empty space on the bed, the second pillow without a head. And you realize that you are dreaming, that Oke is gone and there is no coming back. Who comes back from being shot at by their government, dragged away to destroy evidence and denied on national TV? Who? Who? You.  A Nigerian.

In weeks, you’ll move on. I will move on to crying. To weeping. To thinking maybe it is not true. Maybe it was actually photoshop. Maybe the lights went out at the Toll Gate due to technical fault. Maybe you were not shot by forces beyond our control. Maybe you were not even dragged into a van by the soldiers. Maybe there were no soldiers. Maybe just peaceful protesters singing the national anthem of a failed state. Maybe it is all a lie. Maybe you are alive.